1995: Danang airport catering company directly under……., established by the decision of 1808/QĐ-TCCBLĐ of the Department of Transportation on 11/10/1991

1996: Middle Airports Services Company, the member of Vietnam Airlines by the decision of 328/CP of Prime Minister

2006: Carrying out the equitization policy of the government, by the determination of 372TTg on 04/04/2003, on 23/9/2005 the minister of the Department of Transportation approved the project and changed MASCO into joint stock company. On 03/03/2006 the company held the general meeting of shareholder, established on 03/03/2006 and passed regulations

05/04/2006: The company officially worked by the business registration certificate numbered 3203000950 issued by the Danang Department of planning and investment.

2009: the company registrated transaction on UPCOM and Hanoi Department of transaction accepted. Transaction was officially executed from 09.09.2009

The name of coupon: MASCO

The code of coupon: MAS

The kind of coupon: common coupon 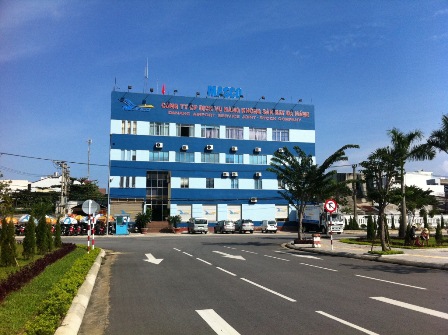 Spending over 20 years (1991-2013) from establishing with the development of the economy in detail and the aviation in the whole, MASCO has been more and more prosperous and played the important role in airport service at the middle airports with the following organizations:

And carry on business: